The tradition was started by Saint Philip Neri around 1553 (Schneible, Ann. “Visiting the Seven Pilgrim Churches of Rome.” Zenit. November 12, 2012 and “Charlotte pilgrims follow the tradition of the Seven Churches Visitation.” Catholic News Herald. Diocese of Charlotte. April 20, 2014). He and a few friends would gather before dawn and set out on their “Seven Churches Walk”. These pilgrimages were designed to be a counterpoint to the raucous behavior of Carnival. The Walks became very popular and began to attract others.

In the Philippines, the general practice is to visit seven churches either on Maundy Thursday or Good Friday and recite the Stations of the Cross in them. Until the 1970s, people recited all fourteen stations in one church, but the more recent custom is to pray two stations at each church. (Wikipedia: Seven Churches Visitation).

My Personal Experience of the Tradition as an Evangelical Believer

Yesterday, March 23, 2016, Holy Wednesday, ahead of the traditional practise, I joined our school’s Visita Iglesia. We visited seven churches from The National Shrine of St. Padre Pio in Sto. Thomas Batangas all the way to the churches in Laguna province: San Pablo Cathedral, Nagcarlan Church, Liliw Church, Pagsanjan Church, Paete, and Pakil church. We also visited the Antipolo Cathedral in Rizal province before going home. We left the school premises at 5:00 AM and was able to return at 11:30PM. It was tiring yet very enriching. I got the chance to witness the tradition myself.

Two of my co-teachers (Mrs. Lydia Villanueva and Mrs. Bennie Rose Reno) praying at the first Station of the Cross – The Last Supper at The National Shrine of St. Padre Pio Sto. Tomas, Batangas.

Some of the pilgrims also praying in front of the first Station of the Cross at the National Shrine of St. Padre Pio, Sto. Tomas, Batangas.

A rare yet very redemptive scenario.

Fr. Manny Jerus, our Theology Department Head, leads the prayer at the Nagcarlan church in Laguna.

People from all walks of life flock to churches to pray, reflect and to share their common religious experience. Also, a very conducive avenue to teach and enlighten the younger generation who would in turn, continue the tradition.

Aside from the prayers, Roman Catholic believers participate in the yearly Visita Iglesia as a form of penance or self-sacrifice. By doing so, they share in the sufferings of our Lord Jesus Christ. Most of them believe that this is one proof of being a practicing Catholic, as Mrs. Bennie Rose Reno said. For a long time since I joined the evangelical movement, we are accustomed to spending the Holy Week especially on Good Friday in beaches or resorts having fun with our families, friends and church members.

There  is nothing wrong with this, except the timing, I suppose. While  the rest of the world are participating in religious traditions that would somehow make them feel how Jesus suffered for our sins, we are there having fun. That’s why when I became a minister of the Gospel, I suggested that Good Fridays be spent in reflections. Though it is true that we experience suffering almost everyday as followers of Christ, it is more meaningful if we will join the rest of the Christian world in commemorating the passion and death of our Christ during Holy Week and schedule church outing and parties on other occasions.

I remember the Apostle Paul’s words in Philippians 3:10 (ESV) “…that I may know him and the power of his resurrection, and may share his sufferings, becoming like him in his death.” This was one of Paul’s goals in life, to be one with Christ in His sufferings and death. We are given the chance to share the same today, even in our little ways. One of the best season to do this is during Holy Week as proof being a practicing evangelical believer.

Side Trips and Others

One of the things that made our trip more exciting are the side trips to food chains, public markets, and other equally significant places like the Underground Cemetery in Nagcarlan, Laguna.

A panoramic view of the Cemetery.

Inside the Underground Cemetery.

As stated in the marker, the cemetery was built by Franciscan Missionaries led by Fr. Vicente Velloc in 1845. The cemetery was also used by the leaders of the Revolutionary Movement in Laguna as venue for their secret meetings in 1896.

The Windmills in Pilillia, Rizal.

A stage play/re-enactment of the historical background of the Passion and death of Jesus in the town plaza of Paete, Laguna. 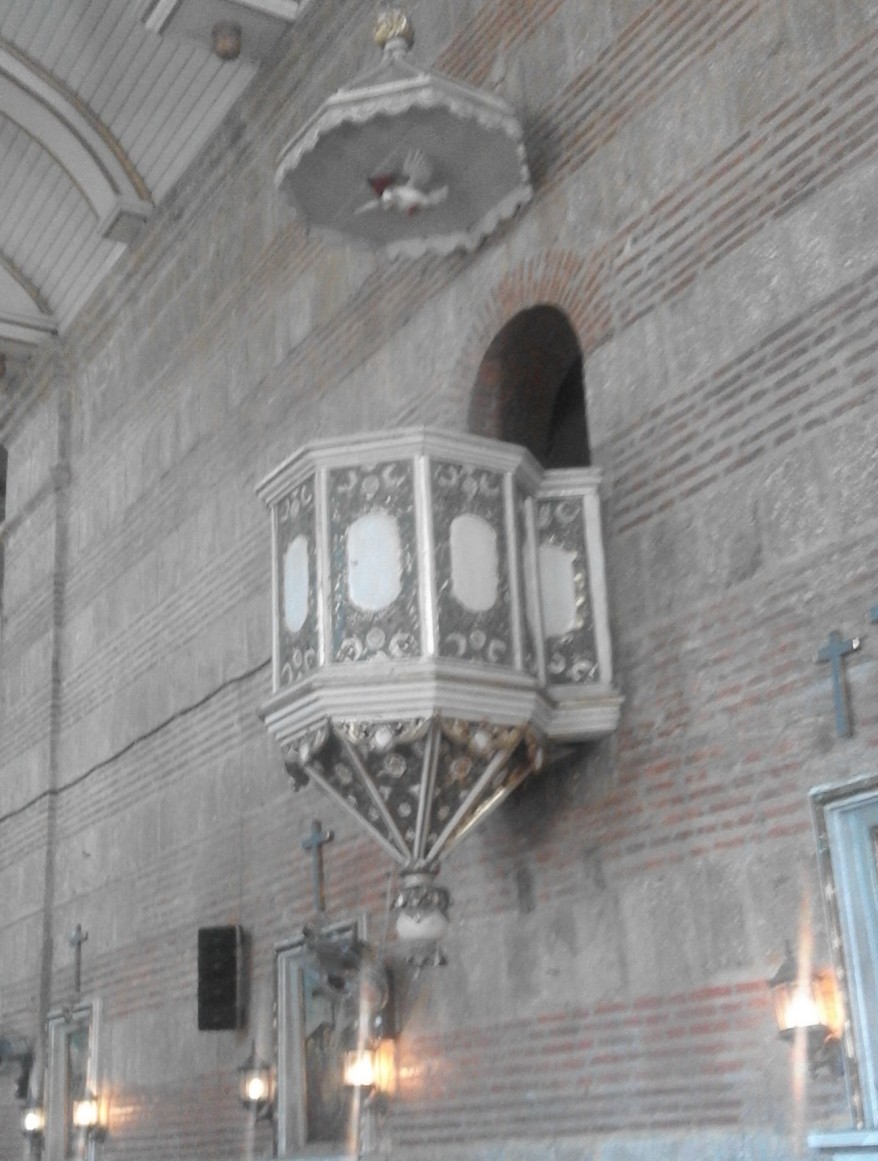 For the first time I got to see a centuries-old pulpit used by the friars in delivering their homilies. Like the ones I see in movies. 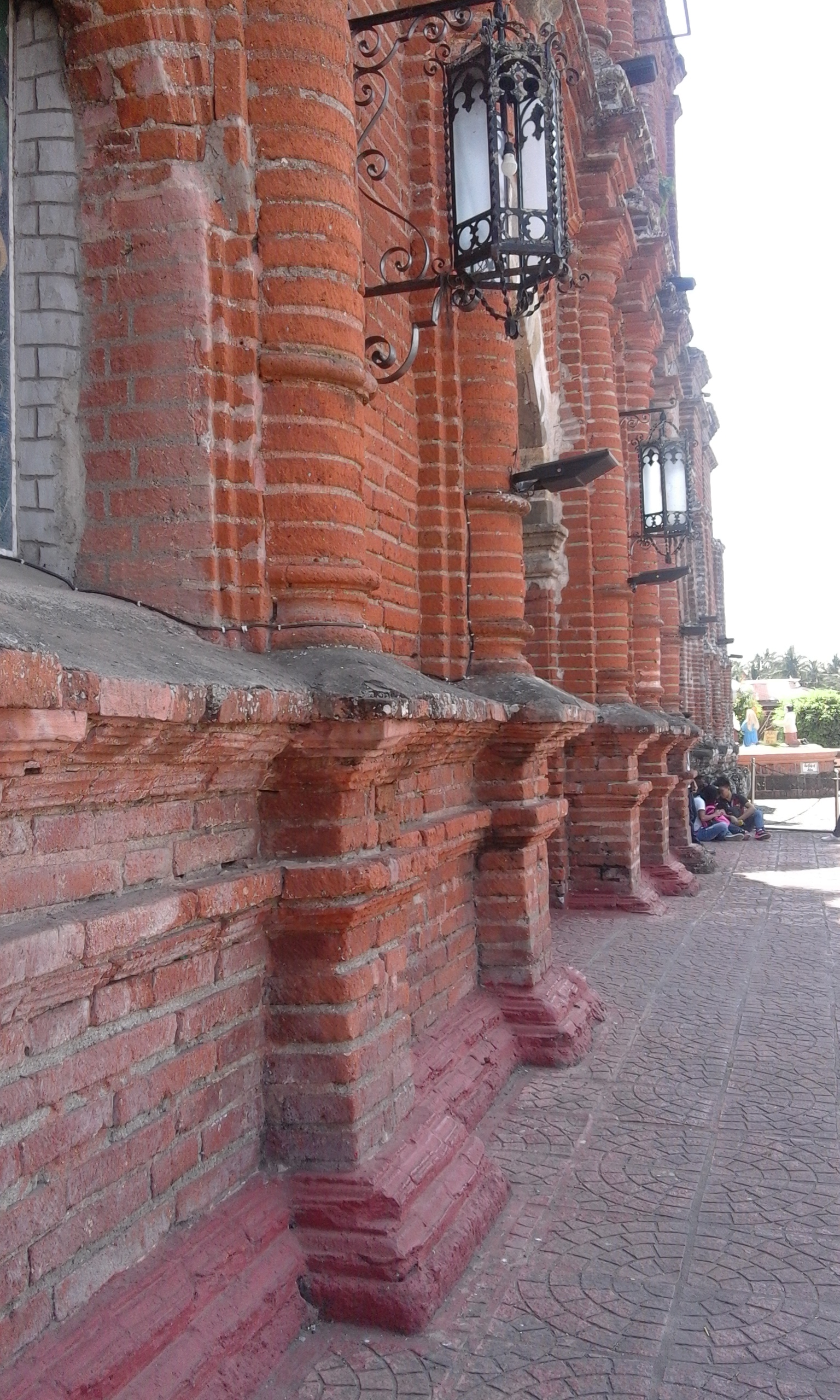 Part of the Facade of Nagcarlan Church in Laguna.

The facade of the Pakil Church in Laguna.

Inside the church in Pakil, Laguna

The facade and tower of Nagcarlan Church in Laguna which was the shooting location of ABS-CBN’s Kampanerang Kuba (2005) topbilled by Anne Curtis.

My sense of being a Filipino Christian is always strengthened by the religious practices and traditions which are as deep and strong as these walls and edifices.

For my fellow Evangelical believers, let us spend our time in our churches for meditations and reflections for how great is God’s grace for us. “As far as the east is from the west, so far as He removed our transgressions from us.” (Psalm 103:12, NKJV).