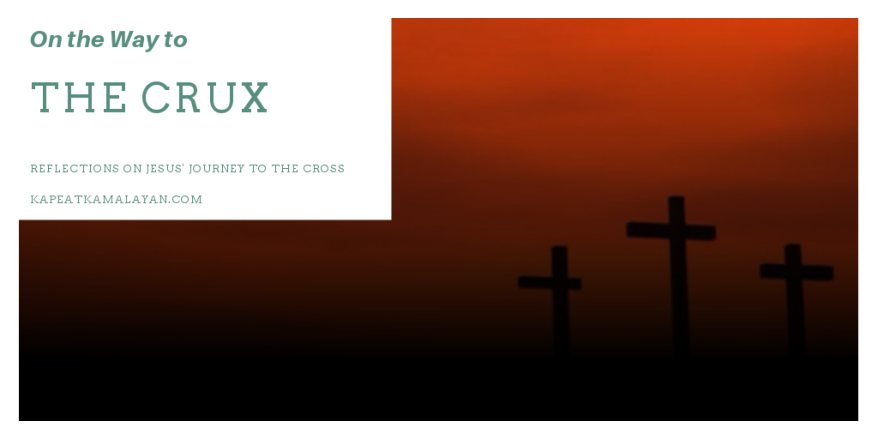 Week Five: Responding to Jesus and His Works

In Week Four, we talked about the Prodigal Son with emphasis on the older brother’s indifference. We learned that one does not have to leave the house in order to be deemed a prodigal. In the same way, a person can be very active in church while his hearts drifts away from God.

This week’s reflection focuses on our response to the presence of Jesus and his works found in Luke 17:11-19:27 NASB. Luke reminds his readers that Jesus “was on the way to Jerusalem, He was passing between Samaria and Galilee” (Luke 17:11 NASB). In fact this is the final episode in the travelogue. The next passages talk about Jesus teaching in the Temple inside Jerusalem (Luke 19:45-21:38 NASB).

The first response we see in our passage is thankfulness (Luke 17:11-19 NASB) as shown by one of the Ten Lepers who returned to Jesus to give thanks after they were cleansed.  The emphasis is not so much on the healing but on the thankfulness and glorifying of God. Out of ten lepers only one returned to give thanks and he was a Samaritan – another proof of Luke’s effort to promote the good side of the Samaritans.

The next response is steadfastness (Luke 17:20-18:8 NASB). Responding to the Pharisees’ question Jesus said that “…behold, the kingdom of God is in your midst” (Luke 17:21 NASB). That is, they have to “look for the kingdom of God within themselves, not in outward displays and supernatural manifestations” (RWP). In the light of what will happen in Jerusalem – Jesus will be taken from them – he said to his disciples that they need to be steadfast not to follow the example of Lot’s wife (Luke 17:22-37 NASB). Persistence is also an important response as exemplified by the story of the Unrighteous Judge (Luke 18:1-18 NASB). One should never give up so easily.

Another response is humility (Luke 18:9-17 NASB) as demonstrated by the Tax Collector in the Parable of the Pharisee and the Tax Collector and in the story of the children coming to Jesus. As to the Tax Collector Jesus said, “I tell you, this man went to his house justified rather than the other; for everyone who exalts himself will be humbled, but he who humbles himself will be exalted.” (Luke 18:14 NASB) As to the children he said, “Truly I say to you, whoever does not receive the kingdom of God like a child will not enter it at all.” (Luke 18:17 NASB)

Wealth and materialism can also be a source of pride and less dependence on God as can be seen in the story of the Rich Young Man (Luke 18:18-27 NASB). Those who are humble enough to make some sacrifice for the sake of Jesus will receive greater things (Luke 18:28-30 NASB). Then Jesus predicts his passion and death for the third time (the first two predictions are recorded in Luke 9:18-27; 9:43-50 NASB ).

The next section of our passage is intended to show us the effect of Jesus’ work in the community: the healing of Bartimaeus (Luke 18:35-43 NASB) and the conversion of Zaccheus (Luke 19:1-10 NASB set again, in the context of the Pharisees’ opposition). As to the healing of Bartimaeus, Luke reports, “Immediately he regained his sight and began following Him, glorifying God; and when all the people saw it, they gave praise to God” (Luke 18:43 NASB). The theme of “glorifying God” is also mentioned in Luke 17:15 NASB. In the case of Zaccheus, Gundry has this to say, “By promising to give half his possessions to the poor and pay back those he has defrauded four times the original amount, Zaccheus far exceeds the normal boundaries of charity and restitution; for in the cases of financial fraud, such as Zaccheus’s, the Mosaic law prescribes a restitution of the original amount plus only twenty percent (Leviticus 6:1-5 NASB; Num. 5:6-7 NASB).” Zaccheus’s conversion resulted in charity. We can therefore infer from these given instances that praise, conversion and charity are also ways of responding to Jesus and his works.

The last segment of our passage, Luke 19:11-27 NASB is “intended to prepare the disciples for his absence” (Fee & Stuart). Luke again reminds us that “He (Jesus) was near Jerusalem” (Luke 19:11 NASB). This travelogue reminder provides the context for the parable of the Money Usage. Up to this instance, the disciples thought Jesus will set up an earthly kingdom and will claim power upon entering Jerusalem. However, instead of preparing them for what they expect, the disciple were told that while he is away they have to occupy themselves with his business until he comes. It entails responsibility on the part of the disciples to “increase” what has been entrusted to them. Jesus also declares judgement for those who do not want to recognize him and his works (remember the Pharisees and the Scribes!).

How do you respond to Jesus and his works?

Which of the responses mentioned above do you need to improve at?

How do you keep yourself occupied while waiting for the Second Coming of Jesus?

From The Darkness Into The Light

Heal the past. Free the present. Bless the future.

Stained by the Spirit

Isaiah 12:2 KJV "Lord JEHOVAH is my strength and my song"

Jesus is not a religion but a relationship with God

CzesarianScribe
The Art of Blogging

[always the bridesmaid. never the bride.]