The sacred-secular divide that influenced Christianity today is almost as old as the Christian religion itself. Some suggest that it was Thomas Aquinas who introduced the idea of the divide between faith and worldly affairs (businessasmission.com). However, it was Plato who emphasized the hierarchy of creation with spiritual as superior and material as inferior. In Hebrew tradition, God exists from all eternity, he is righteous, perfect, and at all times good. The Hebrews also holds that physical matter is temporal. Numerous biblical passages show the distinction between spiritual and physical aspects of reality but the Bible does not declare that one aspect is divine and the other is evil. In fact the writer of Genesis records God’s declaration of his creation as “very good” (Gen. 1:31) (disciplenations.org). 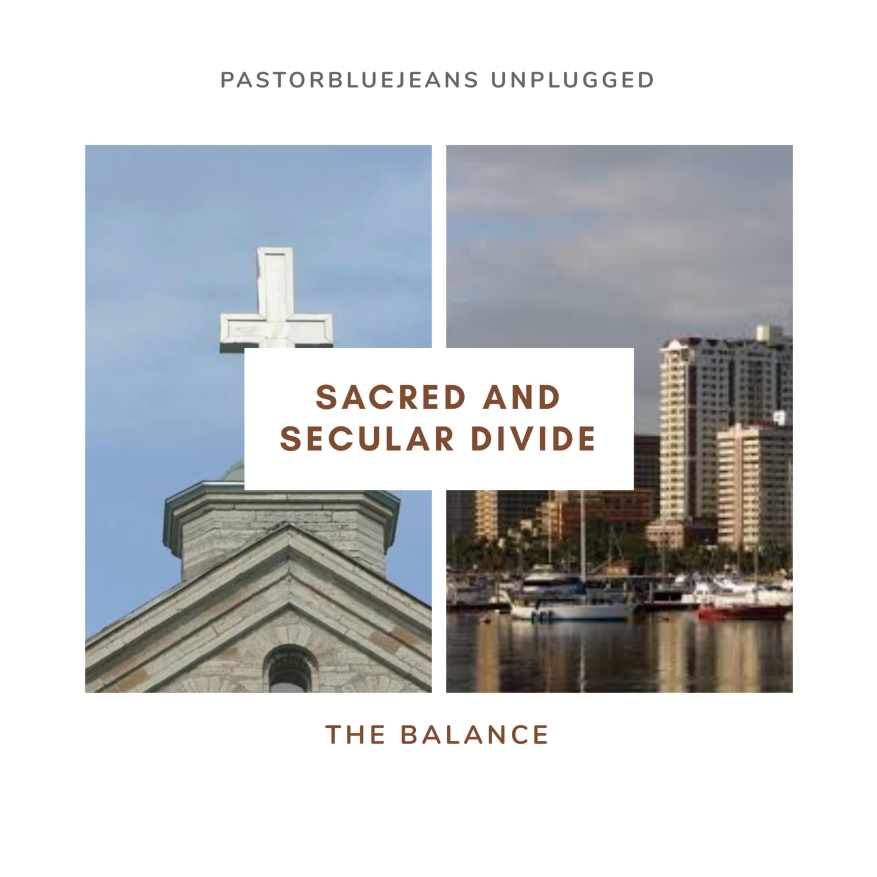 We can probably trace this sacred-secular divide from the gnostics. The gnostics “were religious dualists who held that matter is evil and the spirit is good. The gnostics of the 2nd and 3rd centuries regarded the material world as outright evil” (www.britannica.com). Gnosticism is derived from the Greek word gnosis meaning “to know” or “knowledge” (www.learnreligions.com). Since the material or physical world is evil, it is therefore in opposition to the spirit. Even the human body (physical body) is viewed as evil. Thus, they don’t believe in the incarnation of Jesus Christ. They struggled with the question of “how a perfect and just God (spirit) take a sinful, corrupt physical body” (disciplenations.org).  This duality can also be seen in man. Plato viewed that “the soul of man is incarnated into the body as a consequence of sin which is committed by coming in contact with matter” (Gualdo).

This gnostic teaching continues to plague the church today. It is not only seen in the way we view our human body, it is also manifested in the way people view their profession. Those who serve in church, doing church-related work consider themselves doing “spiritual” job or ministry, while those who serve in government, private companies and businesses are considered to be doing “secular” matters. Sacred professions are seen as spiritual and the secular as worldly. Thus, there are spiritual and worldly jobs, music, clothes/dress, enjoyment, movies, places, etc. Spiritual and worldly matters cannot co-exist, thus one is prohibited from singing “worldly songs” inside a church, or if one intends to serve as a pastor he is obliged to give up his “secular” job.

This compartmentalized life limits our influence in the world. The book of Genesis teaches that human beings are God’s image. As such, we are His representatives upon earth, we are rulers over the earthly creation. That includes both the sacred and secular spheres of the world. The NewTestament teaches that we are the salt and the light of the world. We are responsible for preserving the world and keeping it from being corrupt. Human beings also serve as the source of light to the world. We are told not to hide our light because if we do, then we limit our influence.

Furthermore, the Apostle Paul cautions against “deceitful spirits” and reminds that “everything created by God is good, and nothing is to be rejected if it is received with thanksgiving, for it is made holy by the word of God” (1 Tim. 4:1-5). The original context is “set against false asceticism and its doctrine of exclusivism. Paul’s purpose here was for God’s people to know how to conduct themselves in God’s household” (Fee & Stuart).

Finally, Paul “urges that Christ’s death and resurrection change our perspective on everything” (Fee & Stuart) by saying that “we are Christ’s ambassadors. God is making his appeal through us. We speak for Christ when we plead, “Come back to God!” For God made Christ, who never sinned, to be the offering for our sin, so that we could be made right with God through Christ (2 Corinthians 5:20-21 NLT).

We find here the balance between the concept of the sacred and the secular: Our belief in the death and resurrection of Christ should change our view of God’s creation. We are sent to the world as ambassadors of Christ, to actively engage it, prevent it from deterioration and make it a better place to live in.

A Brief History of the Divided Mind and Life (www.disciplenations.org)

Bridging the Divide: A Brief History of Sacred Versus Secular (http:/businessasmission.com)