Last Days of Rizal, His Martyrdom, and Burial

After “four years, fifteen days, and a few odd hours” of stay in Dapitan, Rizal left the place on July 31, 1896 amidst the music of a brass band, a large crowd who went to see him off. On the 3rd of September of the same year he was off to Cuba aboard Isla de Panay. After only a month of voyage, on October 3, 1896 he was placed under guard when his ship reached Barcelona. October 6 at three o’clock in the morning he was awakened by a soldier and was told to pack his belongings and was taken to Fort-Monjuich Prison in Barcelona, Spain, and on the night of the same day after a “chat” with Lieutenant General Despujol, he was told to board the ship Colon and left Barcelona for Manila the same night.

On November 3, he was taken to Fort Santiago, Intramuros where his brother Paciano and other patriots were tortured and pressured to implicate him in the “disturbances.” Paciano refused to sign any document despite the severe torture he suffered.

Rizal appeared before Judge Advocate Col. Francisco Olive for the preliminary investigation which lasted five days on November 20, 1896. Governor General Ramon Blanco received the record of the case who then appointed Captain Rafael Dominguez as special Judge Advocate on the 26th of November. Then the case was endorsed to Judge Advocate General Nicolas Peña for his opinion and recommendation who then recommended that the case should be tried and Rizal must be kept under arrest. 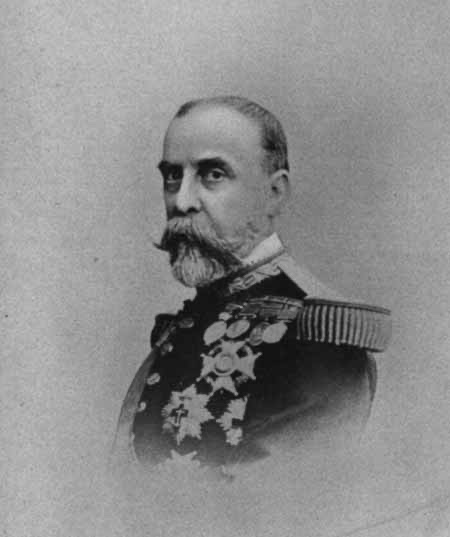 On the 8th of December, Judge Advocate Lieutenant Enrique de Alcocer, ruled that there was a prima facie case against the accused and offered Rizal a list of counsels to represent him in court. He chose a familiar name, Lt. Luis Taviel de Andrade, the brother of Jose Taviel de Andrade, his bodyguard during his first homecoming.

Charges of principal organizer, the living soul of the Filipino insurrection, the founder of societies, periodicals and books dedicated to fomenting and propagating the ideas of rebellion was read to Rizal on December 11. Two days after the reading of charges, Dec. 13, Governor General Ramon Blanco was replaced by a more ruthless Governor General Camilo de Polavieja. He was a native Madrileño, had made his name in Cuba where he served under Blanco, a hard fighter, and a superb strategist. This replacement proved to be fatal for Jose Rizal. 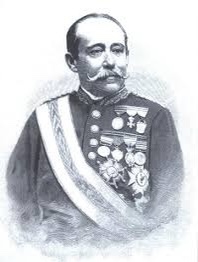 The Trial of Rizal began on December 26 at the Cuartel de España. However, it was more of an oral argument or hearing than a trial as generally understood because there were no witnessed called and cross-examined. On that same day the military court found Jose Rizal guilty as charged and condemned him to death. The decision was endorsed to Polavieja who in turn referred it the Judge Advocate General also on the same day. Peña recommended that Rizal be executed by firing squad at the place and time designated by the Governor General.

Early morning of December 29, 1896, the death sentence was read to Rizal and was immediately placed in a death-cell, which was actually a large chamber with grilled windows used as garrison, furnished with bed, chairs, a table with writing materials and an altar. The whole morning of the same day Rizal was busy accepting visitors who were priests including Fr. Federico Faura. At 12:00-3:30 PM he was granted time alone in his cell.

At 3:00 PM based on the account of the Cuerpo de Vigilancia, Rizal signed what seemed to be the retraction document, retracting is anti-Catholic writings and his involvement in masonry.

At around 4:00 in the afternoon, Teodora Alonzo and his sisters were permitted to pay him a visit. Rizal handed to Trinidad his alcohol burner or stove and whispered in English, “there’s something inside” referring to the poem Mi Ultimo Adios.

From 6:00-9:30 PM he received some more visitors including the fiscal of the Royal Audencia of Manila, Gaspar Cestaño. At around 8:00 PM he took his last supper and told Captain Dominguez that he had forgiven those who condemned him.

Early morning the following day, December 30, Josephine Bracken and Josefa Rizal visited him. Again, based on the testimony of the Cuerpo de Vigilancia, Rizal and Josephine were married. As a token he gave Josephine a book by Thomas á Kempis, Imitation of Christ with inscription, “To my dear and unhappy wife.”

Afterwards, he also wrote a letter to his father Don Francisco Mercado, “My beloved father, Pardon me for the pain with which I repay you for sorrows and sacrifices for my education. I did not want nor did I prefer it. Goodbye Father, goodbye.”

At 6:30 AM he began his death march from Fort Santiago to Bagumbayan accompanied by soldiers and his counsel Taviel de Andrade. Upon arrival at Luneta de Bagumbayan, his pulse was checked by Dr. Felipe Ruiz Castillo. It was normal.

At 7:03 in the morning Rizal was executed as a convicted criminal. He was not facing the firing squad and as soon as he was hit he turns using the force of the bullet, to face his executioners, he fell and died facing the sky.

After the execution, his remains were brought to San Juan de Dios Hospital. He was then buried in the Paco Cemetery in an unmarked grave.

Afternoon of the same day, Rizal’s sister Narcisa came looking for the grave of her brother. When she discovered the grave she asked the guards to place a marble mark containing Rizal’s initial in reverse, “RPJ”.

On August 17, 1898, Rizal’s remains were exhumed and brought to Narcisa’s house in Binondo, Manila, washed, cleansed and place in an ivory urn, and stayed there until 1912.

In the morning of December 30, 1912, the urn containing the remains of Rizal were transferred from Narcisa’s house to its final resting place at the base of now, the National Monument of Dr. Jose Rizal at the Luneta Park.

One hundred years later on December 30, 2012, the transfer of Rizal’s remains from Binondo to Luneta was re-enacted by the Order fo the Knights of Rizal and the National Historical Commission of the Philippines.

Xiao Chua. The Last Days of Jose Rizal. A Timeline of His Last Arrest, Incarceration, Execution and the Journey of His Remains. http://www.xiaochua.net.