The name ‘apocalyptic’ literature comes from the Greek ‘apokalypto’ meaning ‘to reveal.’ It was a well-known literary genre among the Jews and Christians from about 200 B.C.E. to 200 A.D., a period leading up and including the New testament era. Apocalypse as a literary genre was a response to persecution and oppression, it flourished during the most difficult time in Jewish history.

The Deuteronomic History explains the failure of the monarchy, why ISrael had lost the land of Canaan, and why it found itself in exile. 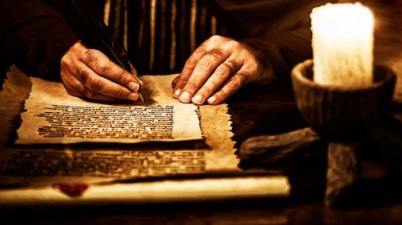 Part of the problem is people's initial and usual reaction to change. Most of us are uncomfortable when confronted with change. Let us try every available means first and adjust as we go along so no one is left behind. We learn as one!

The Purpose of Influence Based on Psalm 72

Few days from now the term of office of the newly elected officials of our land will commence. They are the people of influence chosen by millions of Filipino voters to represent them in government.